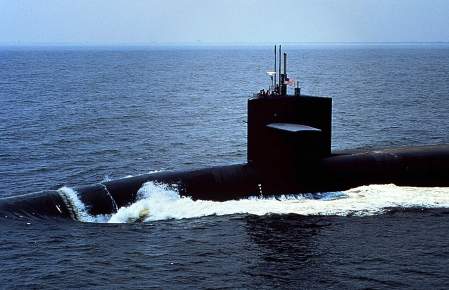 Q: Don’t you think people need to wake up and be shocked at what is happening to this country?

A: I admire many who “sound the alarm” but my question always remains unanswered, chiefly: “NOW WHAT?” The fact is no matter how shocking one may be. Americans with few exceptions are NOT SHOCKED! Being full of ire is no answer. The presupposition is that America is basically “Christian” in culture and need only awake! Yet: what was is certainly not now! Being awake is not enough unless you have something to fight with! That’s why we do what we do at SGI! Vision counts! Knowing where you are going, why you are going, and what to do when you get there is paramount to turning this nation to God!

Q: Why are you soft on Catholics?

A: First, being “soft” is a pretty subjective term! Secondly, I affirm Christian-Creedal Orthodoxy and hence I am not intrested in re-engaging a Reformation/ Counter-Reformation conflict. The war today is between “Confessional Orthodoxy” vs. Paganism and tyranny. Hence the mission, message, and methods of SGI! I suggest advancing 500 years or so and get in on the real fight!

Q: Why are so many People of Faith so negative about cultural and political Involvement?

A: There are a myriad of reasons. All false and all deleterious to the Kingdom of God! First: one will always do what one views. Most Christians do nothing for they believe there exists no mandate or vision for this world or they allow others (In the Humanistic left) to define the vision of what a Christian is supposed to be and how they are to act. ie; They see nothing and hence do nothing! Secondly: most Christians are introspective and yet never ask the questions “why am I here and what am I supposed to do ?” Others hate the Church so much that they believe it is destined to defeat in time and history, hence they act like it! Many more issues to discuss than space will allow, but again: The long-term mission of SGI and the rationale behind our articles and actions!

Q: So many who claim to be Christian, have such poor testimonies and practical behavior. Why?

A: Again a question that deserves more space than I can give. Briefly; it is not “major moral failures” that are at issue but a general slothful, disrespectful, and losing lifestyle that is usually in evidence. If the Christian is confronted about such behavior they are always ready with bad “made-up” theology, or victimization zeitgeist to excuse their lack of excellence. Christians want an excuse to not “play the game” of life all the way through! When they do play, they don’t play to win and they never finish! So thy break appointments without notice, are always late, cannot make a decision, will not give an answer, hate to hurt someone’s feelings, stand for nothing, fall for everything, act the coward, will not lead, seek cover and hide, and in general quit before they even try! They always have an excuse or a whine! Yet, that’s the material of this army! Grace and Mercy is needed if maturity is to be had! Put another way; “We make men without chests and expect of them virtue and enterprise. We laugh at honor and are shocked to find traitors in our midst. We castrate and bid the geldings be fruitful.” – C.S. Lewis

Q: Sound Off! While not “a question per se” I garner a host of Foreign Policy questions every week. So I will “sound off” below in sort of a rhetorical “shot gun”

A: Recently, much ballyhoo has been made about Puerto Rico becoming a state. Yet, the issue of statehood should be thought of elsewhere. First, the western provinces of Canada have expressed interest in being”American” and should be offered statehood. Who cares what Ottawa thinks! Open land, big mountains and lot’s of oil! Then expand South! That will also take care of “illegal immigration!” Take Mexico as envisioned by Robert E. Lee, John Pershing and others! Make it 3-4 states and again more OIL! In the Mid-East we know what mountain range Bin-Laden is calling home. Instead of sending tens of thousands more troops, unleash one (1) of those beautiful Trident submarines on the mountain range! That’s 24 missiles each having 10 – 1 megaton warheads; or 240 independent nuclear warheads! Now that would make a statement! Direct and to the point!

This entry was posted on Sunday, May 9th, 2010 at 2:17 am and is filed under Church, Government. You can follow any responses to this entry through the RSS 2.0 feed. You can leave a response, or trackback from your own site.